There’s a wood near Suvereto where large stones lie hidden and scattered in the ground. You can see them rise majestically among the oaks and the holy oaks. No wonder this place is called “Massoni” (in Italian it means “big stones”).
Birra de’ Neri has a recent history that started in San Ottaviano farm, in Monterotondo Marittimo near Suvereto (Province of Livorno).
However it roots in a distant past, and it was exactly its colourful and unique past what formed De’ Neri beers’ varied and original character.
Their “temper” reflects the one of the people who have owned and developed the farm for more than 100 years.

Everything started with “Eccentric Bartolo” who came to this land riding his steed and decided that was the place where his flocks would graze and his dynasty would reign. 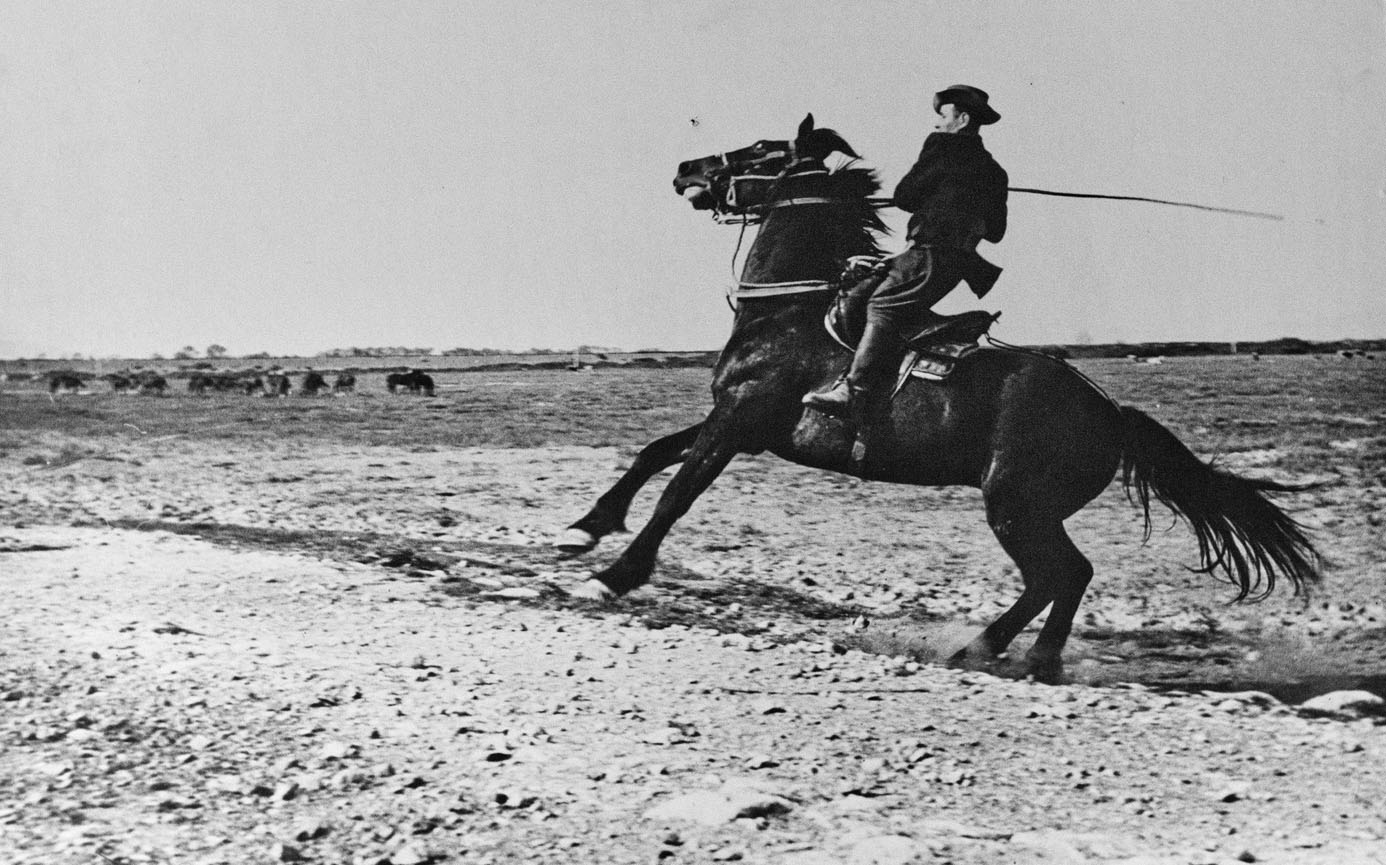 He conquered this territory, where they produce De’ Neri Beer today, at the beginning of the last century.
The mystery surrounding his fascinating history lies in his character: he was stubborn, thoughtless, hardworking on the one hand, and a lover of the good life, a bit Don Juan and a reckless car driver on the other one.
Countless anecdotes about him made him famous among the old local inhabitants.
His habits are well known. At the beginning, he used to ride a horse to go anywhere.
Some years later, when cars came out, he once parked on the abrupt slope of a hill and found his car smashed up some hours later in one of his fields: he had forgotten to put on the brakes.

A disappeared artist son and a diligent nephew

Everything that Bartolo had created passed on directly to “Diligent Marco”.
He immediately put into practice what he had learned reading and studying on his manuals about economics: he went from pastoral farming to agriculture.
In those days they said the new economic boom would be growing cereals, and so it was. But that wasn’t Marco’s only “visionary” insight.
Like an old Steve Jobs he understood the potential of that farm: it could be more than a home for just the family, it could be a holiday home for other people. “Let’s place here some more beds, let’s prepare some more coffee, bread and jam in the morning and open to foreigners”.
A new business was born. Some years later they would call them “agritourisms”.

Actually, we’ve skipped one step in our history, one generation. We didn’t mean to leave our “Marino the artist”, it’s just that, when it was his turn to rule, “he went to foreign climes.”
But there’s a time for everything and Marino’s inspirations have come back to support “Francesco the alchemist”, the new entry.
Francesco is young, creative; he lives the modern world, he’s confident with social networks and technology.
However, he doesn’t know how to fix situations, how to go from the mechanical knowledge to raw materials such as wood, to go from concrete to earth.
Marino’s constant help used to be his wife “Generous Ilva”, who would always have a kind word for everybody and help them. You had a problem, you went to her: she would always fix it.

The alchemist and the umpteenth revolution

Thanks to Francesco’s creativity and new ideas, an umpteenth internal change occurred. They went from cereals, a semifinished product to be sold wholesale, to a finished one, beer.
You suffer crisis only if you can’t feel the change in the air. But the air is clear and clean here, and sometimes a salty sea smell tickles your nose.
The atmosphere is so lively it inspired Francesco.
He created de’ Neri Beer craft-brewing project.
But his idea couldn’t turn into concrete reality without his mom’s blessing, Sincere Francesca.

The lady and the gorgeous

There are two important characters bound with Francesco: Pamela and Giulio.
Lady Pamela is Francesco’s girlfriend. She bears and supports his entrepreneurial lifestyle with elegance, like a medieval gentlewoman. 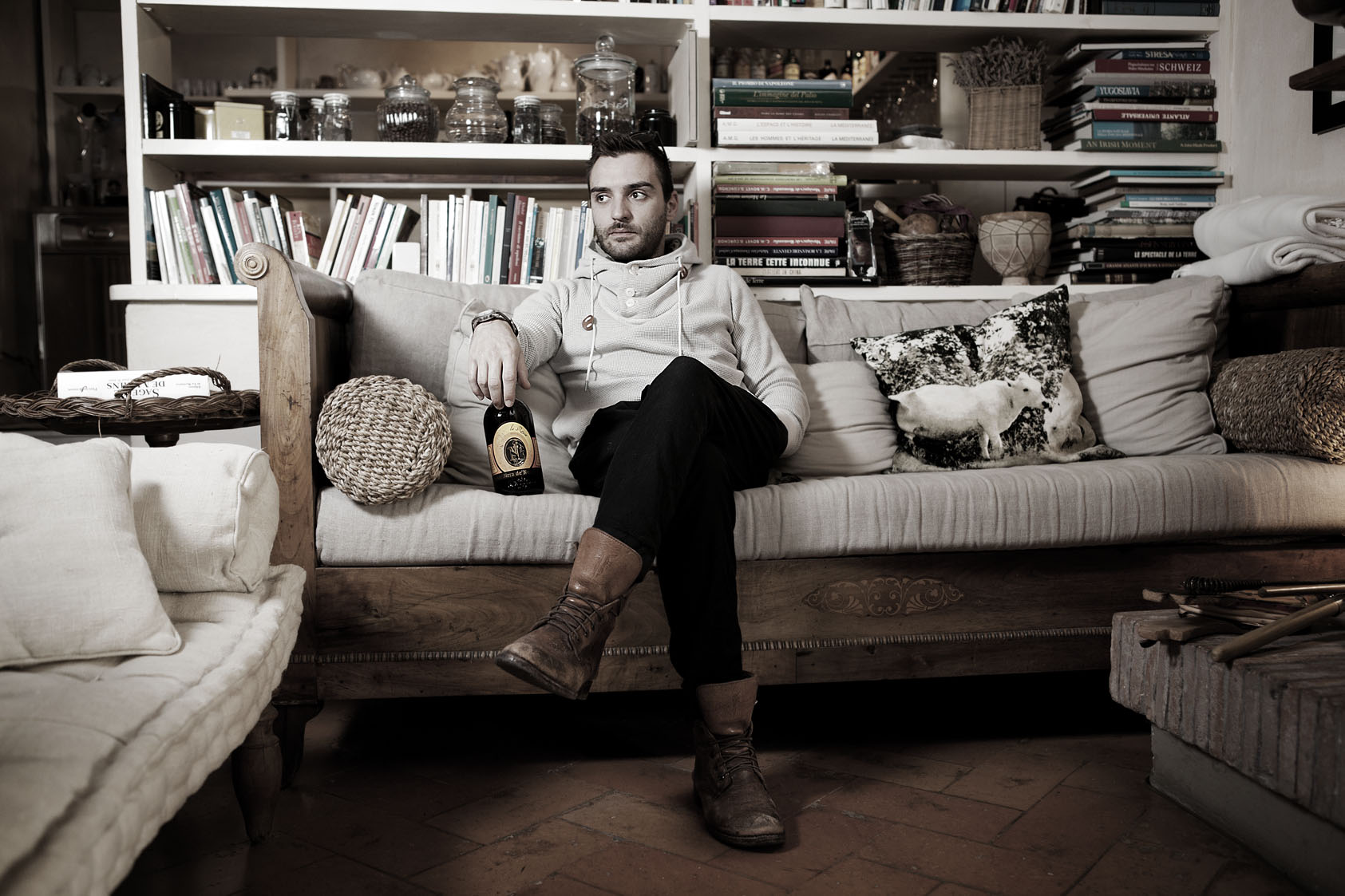 His brother, Gorgeous Giulio manages the company PR events. He entertains their clients at his bar and restaurant with presentations of his brother’s beers, revealing their characteristics and secrets.

The polyglot and the rocker

Let’s introduce you to Francesca and Valerio, now, Francesco’s link and right hands. “Francesca the polyglot” serves as the bridge between this part of Tuscany and the World. She deals with the guests staying at the agritourism and manages it. 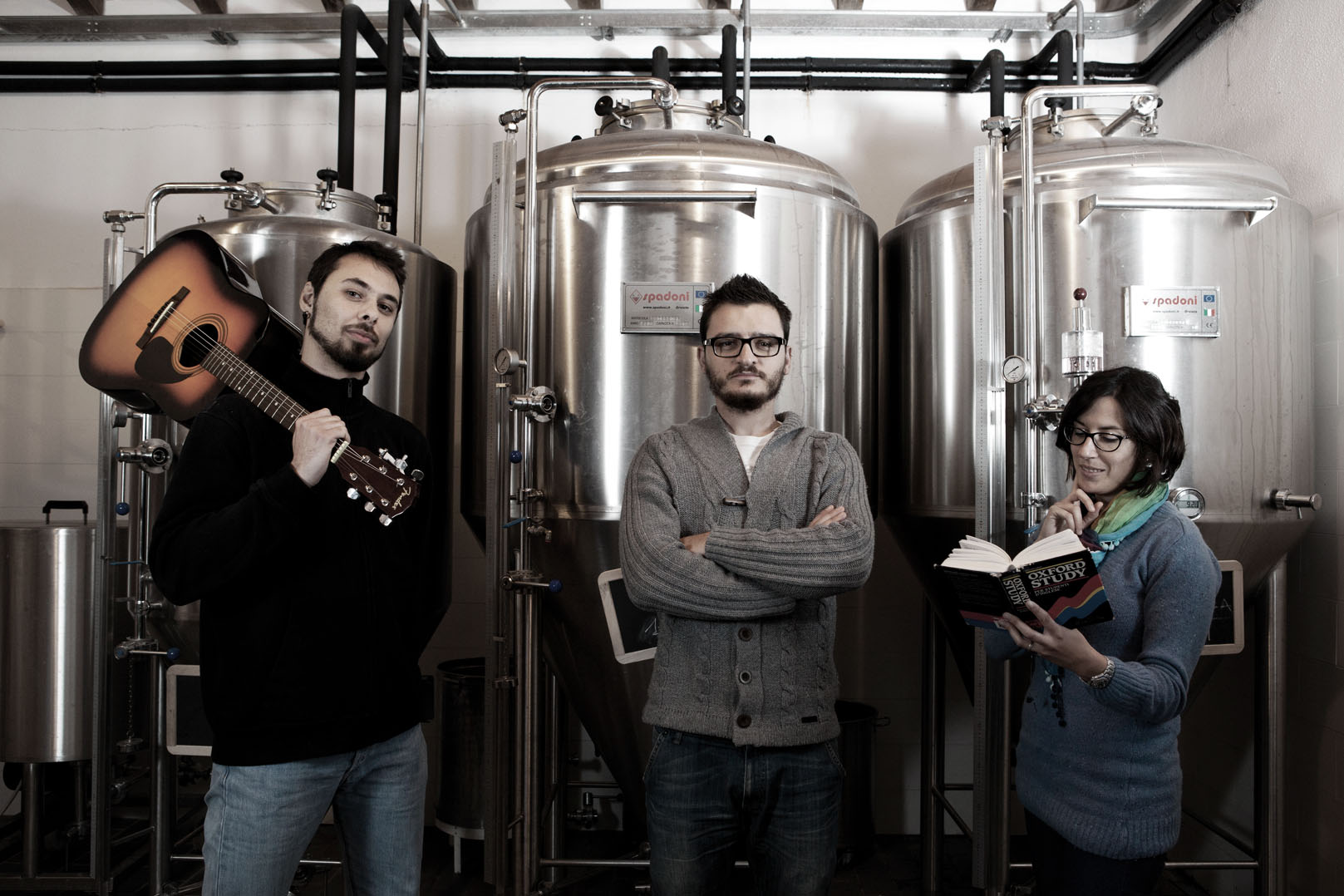 “Valerio – the musician”, through his strums of “Queens of the Stone Age” and “Rage Against The Machine”’s metal rap, works in the brewery and is responsible for the sales.

“The land is low” No. It’s pure creativity

It’s a “tomorrowland”: there’s still room for efforts and dedication, young people can still prove their motivation here. Here it’s not all black and white.
Influences, global suggestions and the web opportunities unfolding before your eyes represent the grey shades.
You only need eyes to see; take it or leave it.
You can drive a tractor or you can catch the “digital subway”. It’s up to you.
You can bend your back looking at the ground or take a look at the pc monitor from time to time, and “smell” the possibility of a new cooperation, look for a food marketplace or some made-in-Italy excellences.
You don’t have to kick ancient traditions out.
It’s just a matter of evolution and adjustment.
It’s like an old recipe, like making bread, and it’s the only way to overcome economic crisis.

Wake up Tuscany! Man shall not rejoice over wine and oil alone

Well, there’s something Francesco always thinks about. He wonders “why aren’t beer culture and consumption rooted in Tuscany, given that barley and other cereals have always been produced in this region?
He doesn’t only propose a project of “beer production in Tuscany”, he aims at developing a beer culture, or rather a culture of “beers”.
Yes, there are actually hundreds, thousand different types of wine an oil. Why do we usually assume there must be just one type of beer?